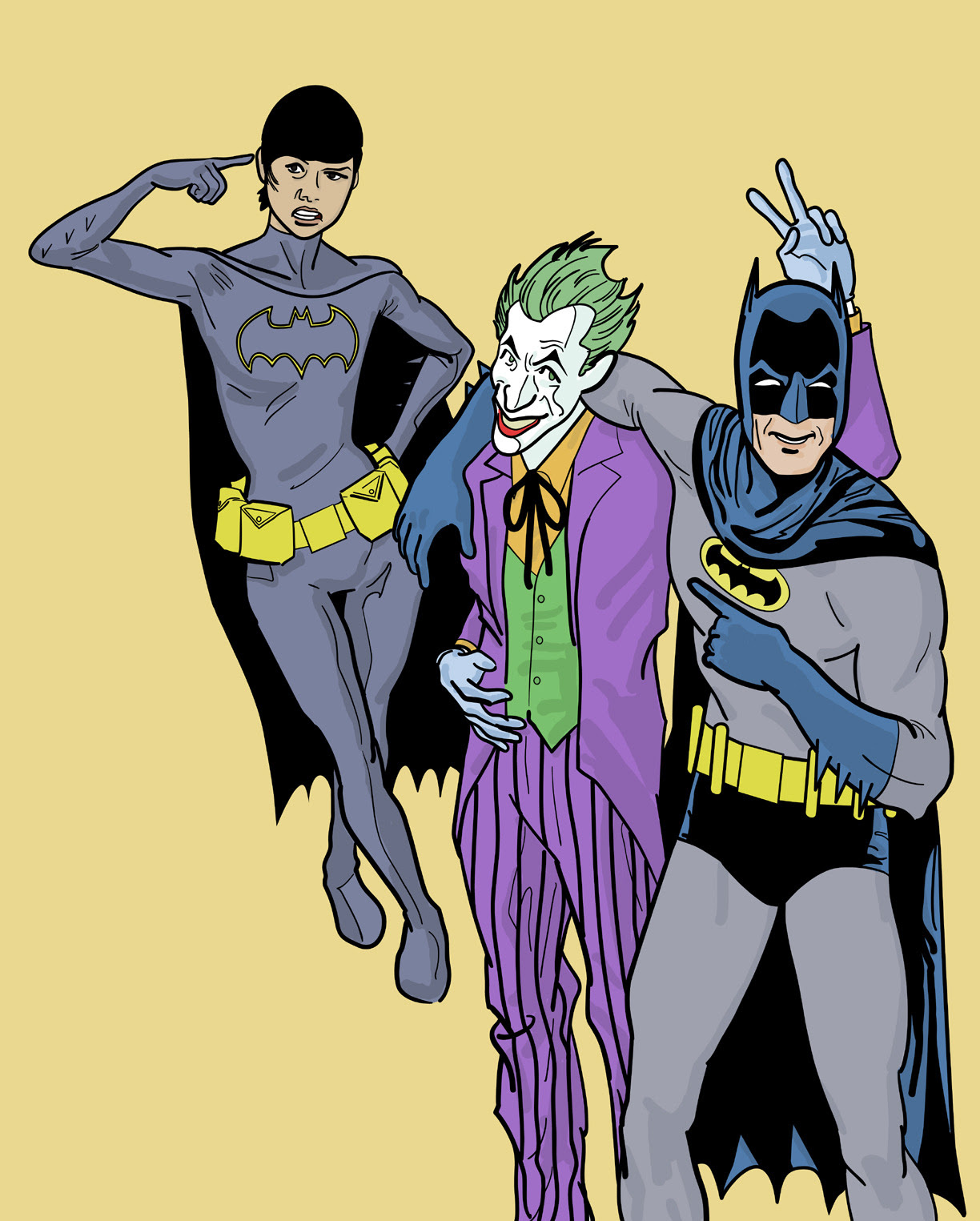 I have a great deal of difficulty drawing "straight" superhero adventure stuff.  As much as I love Cass the character, I can't help but put her in ridiculous situations to explore her potential for comedy.  Even though I prefer DC's official version to feature in dark stories (as opposed to cute ones), her straightforward, no-nonsense attitude and taciturn demeanor (at least she's supposed to be taciturn, even after she learns to talk) and her unpredictability all mean she makes a wonderful comedic foil for other costumed people.  Especially ones who are her personality or skill-level opposites.  The contrast can make comedy gold.

I don't see her as telling jokes or playing the clown so much as causing other people to do so.  She herself is far too serious for that nonsense.  The other characters can gab it up and try to banter, but then Cass will glower or frown and wordlessly cut through the nonsense to make them look foolish or to punctuate a joke, or do it with some abrupt and scene-stealing action like knocking someone out without warning or leaping off a building.

Also, slapstick is her forte.  As in, she might slap you with a stick.
Posted by Unknown at 9:10 PM