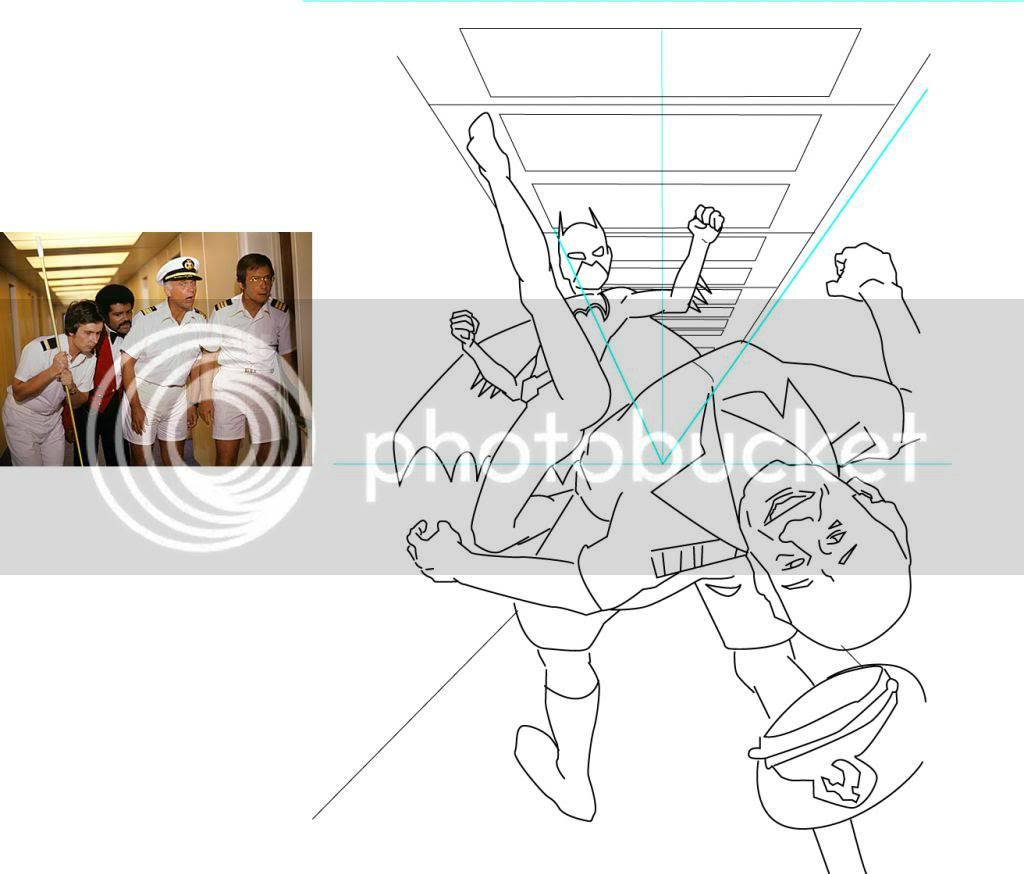 This is all I managed to accomplish last night.  There's my photo reference for the hallway tacked up to the left.  The guys know someone's inside that room, rummaging around the ship's files, but they don't know it's Batgirl!  Gopher, Doc and Isaac run away, but Stubing stands his ground as a captain should, and gets kicked for his troubles.  But don't worry-- Cass didn't hurt him.  She held back most of her kicking power.  She's demonstrating visually why no one should interfere with her.  That's why she chose such a spectacular move in a confined space rather than just choking out Stubing, which wouldn't have the same psychological impact.

I still need to add the doors along the walls and some of the paneling.  Then I'll start fixing the figures, adjusting their proportions here and there and adding details, plus working on the Stubing likeness a bit more.  I haven't decided how I'm going to resolve this-- simple and a little cartoony the way it appears now, or hyper-detailed and realistic.  I'm not a big fan of photo realism, but once I start adding lines I tend to work in that direction.  Digital inking also lends itself to that style.
Posted by Unknown at 4:50 PM