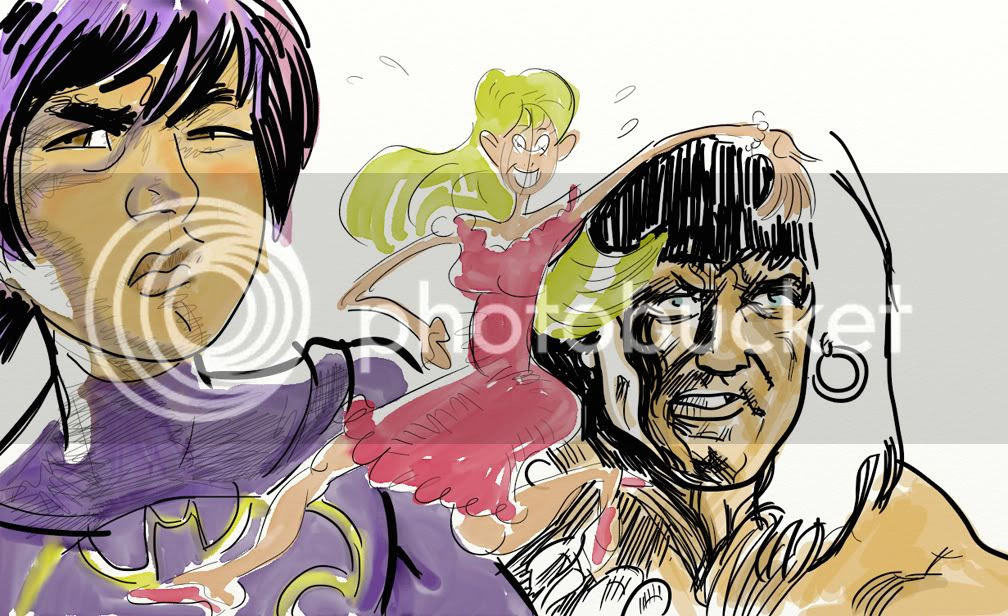 Here's another Batgirl sketch I did in lieu of informative content about Cassandra Cain. Of course, since I started this Cass blog I've been thinking a lot about the erstwhile Batgirl/Black Bat. And what I think is-- it probably would have been better if they'd created her with a definitive end in mind. I'll pontificate like the long-winded blowhard I am on this topc later, but as you no doubt already know, I'm highly influenced in my thinking by Ang Lee's Crouching Tiger, Hidden Dragon. The way that film ended was inevitable given the choices Jen Yu made during the story and the options presented her. Another major influence is Kazuo Koike and Goseki Kojima's Lone Wolf and Cub (that duo is my impossible dream Cass Cain creative team, by the way), which is a masterpiece of long-form serialized storytelling.

I've never seen a happy ending in Cass's future.  I just didn't see this kind of tragic finish to her comic book career.  Death by apathy?
Posted by Unknown at 8:29 PM